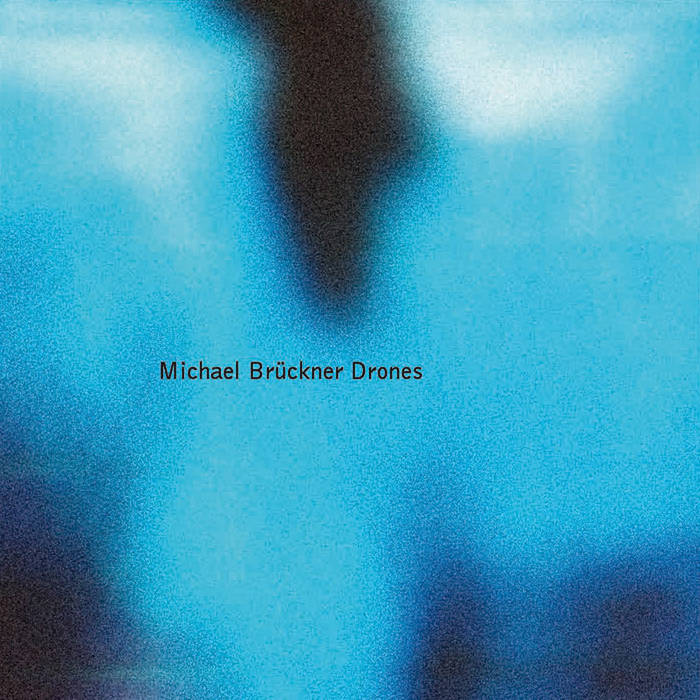 Once, I felt some kind of crisis had occured in my little musical "career" - then I did overcome it, and the turning point was "Movies Moving In My Head".

In a nutshell, that may be the main reason why this particular album, along with it's two follow-ups "Mousic" and "Drones" (which are quite in the same vein and were created while still riding the same wave of inspiration and - personal - innovation) means so much to me. This little "trilogy" of albums was conceived during the most distinct feeling of being "in the flow" which I can remember. It rather felt like a gift being given to me than something I had created, and at the time I also (wrongly) believed that stuff was rather unique.

All that accounts for my (very subjective) assumption that these three albums (or actually rather: the first and the third) mark the high point of my creativity. Which I do still believe today (although today I don't believe anymore that these albums are very significant in any other than the small context of my humble bunch of releases).

But what is it, exactly?

All of the 45 original tracks of "Movies Moving In My Head" were solely created with the wonderful music / sound software "Metasynth" - the original concept of which is to translate pictures into sound, by the use of different sets of rules to interpret the pixels in a given digital image. These "sets of rules" also include microtonal musical scales that can be edited or created by the user. On top of this basic idea, there are different extra levels of sound manipulations to further be applied to the resulting sound file. The resulting possibillities are endless.

However, this software had one limitation: it would only work with a Mac's main memory, and given the year (and my small budget) in 2000 that meant the resulting maximal file length was three minutes at best, often even less. Also, rendering processes for complex settings took a long time.
The result of this limitation was: a lot of short pieces! And the result of the innovative sound technology meant: a lot of experimental pieces, too - often using rather alien sounding musical scales, or harmonic structures. Or: pure sound (or even noise) instead of music.

I immediately fell in love with the resulting aural world: it sounded different from (almost) everything I had done before, and even unlike (almost) anything I ever had heard from other musicians at that point, too.

Years later though I realised that big numbers of similar albums have been released since - gaining an audience while mine remained in obscurity - and not only since, but even before, and not only in the 80s or 70s, but even in the 60s and 50s, when electronic music was still mainly something that happened in academic research, or indeed: movie sound effects! (...actually there are many parallels in how MetaSynth works and Daphne Oram's "Oramics" machine, invented in 1957. The results were partly quite similar, too. And there even was a 1930s predecessor to that, Evgeny Sholpo's "Variophone"...).

"Mousic" is a similar case, however the tool was yet another - at that point quite innovative - piece of software, called "Absynth" (still a popular "virtual synthesizer" today). In early 2001, it was still shareware from the electronic underground, invented by Brian Clevinger and later bought by Native Instruments and turned into a succesfull commercial product. "Mousic" however was created with the early shareware version, and it too had some technical restrictions that allowed only for rather short tracks; also, I had to literally play all stuff in real time using nothing but the computer mouse - and you guess it: that's what inspired the title!

During that time, a friend also had borrowed me his Yamaha S-77 synthesizer, and I recorded a couple of tracks with it, two of which found their way on this album, too.

The overall "style" of "Mousic" is - although in a similar experimental vein than the other two albums - perhaps somewhat closer the the good old "space music" idiom (partly due to the nature of the tool used), and although to me it's the least interesting part of that "trilogy", it might appeal the most to that part of my listeners...

"Drones", the last part of this "series", returns to the (still more) experimental style of "Movies...", however combines the techniques of both of the other albums and turned out a tad more acessable (I think) and with (partly) more reminiscenses to contemporary experimental electronica like Aphex Twin or Mouse On Mars. All in all I tend to think of it as the "pop" version of "Movies..." - which is a bit of nonesense on the other hand:
all of these albums are weird, hermetic and impossible to dance to...

All these three albums were recorded in a rather short time, between late 2000 and the first two or three month of 2001. The periods of time dedicated to each were partly overlapping, and a couple of tracks originally recorded for "Movies..." ended up on the other two - that's why I always thought of them as a "trilogy" although each of them can also be seen on it's own.

I always spent as much time (or even more) as on creating the music on finding the right order of those many tracks (between 36 and 50 ! per album). A lot of care went into the process of creating a dramaturgy that would unify those many elements, in the hope to end up with a sonic narration that's bigger than the sum of it's individual parts.

However, while I'm personally satisfied with the way this turned out, one of the major complaint I heard about the albums was less about their experimental nature, but about the shortness of the individual tracks; some listeners said they just couldn't get into the mood when every mood lasted only so briefly and changed so suddenly.

To make up for this, I added a kind of reworking of some of it's pieces to each album as "bonus tracks". Here, I used very similar digital processing / sound generation "tricks" as on the original albums, but helped by today's larger computer memory and processing power, the results are rather experimental long-form soundscapes, which are based on old tracks, and in which those old tracks have various "reprises".

While I'm not sure if the result is any better, at least some of the moods are now sustained much longer.

front and back cover artwork by Klaus Chmielewski

all music by Michael Brückner, 2001
except vocals on track 50 by Cäcilia Brückner